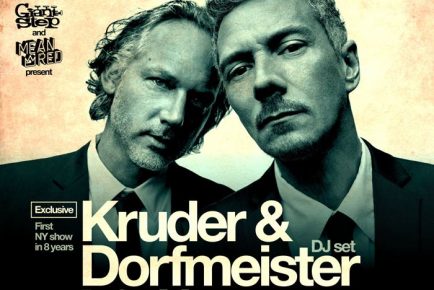 K&D are two producers/djs/remixers whose distinctive trademark sound is at most times extremely mellow, has a lot of bass, downbeat tracks and a sense of epic soundscapes. There might be the occasional double-time breaks and the heavy and deep typically viennese feeling. Consider K&D to roam in their own, unique realm of musical beutekunst that owes and gives a lot to rare funk tunes, electric jazz arrangements, the feeling of deep soul, hiphop, dub, reggae, ambient, fusion, brazil, chansons, dope beats and drum+bass and still a lot more influences that happen to find the interest of the two austrians. But, with a number of prolific dj-dates of K&D all around the world and the production and releases of Tosca and Peace Orchestra as well as numerous remixes, it seems unavoidable that there will be a lot of talk about Peter Kruder & Richard Dorfmeister.