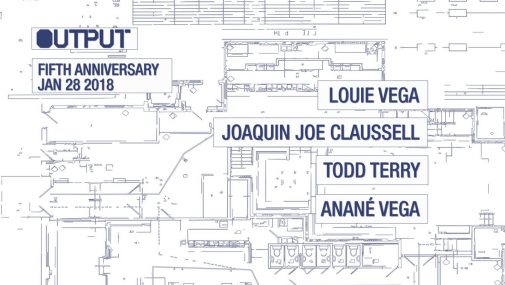 Special event on the night of the 2017 Grammys! Louie is up for the award for best Remixer for his production work on one of the House Music anthems of 2017 – Loleatta Holloway / Can’t Let You Go. This will be THE ESSENTIAL, GO-TO PARTY in NYC for everyone in the industry and beyond who loves music and nightlife.

What can we say about LOUIE VEGA….. Grammy Winner, Career Spanning over 35 years and having played the world over more time and to more people than we could ever count….. LOUIE VEGA is a LIVING LEGEND and TRUE to this thing here we call HOUSE and the growth of the music over all!

A godfather of global dance music, Louie Vega has painted an award-winning career from a palette mixed with everything from salsa and afro-beat, to jazz, hip-hop and soul.